They are back. Report & pictures by Phil Parr.

Frog Report:  After a late start they are now busy at Station Pools and Station Marsh.  They seem to have completely avoided Reservoir Pond this year – no spawn at all as far as I could see, but moved across to the centre of the marsh where it is hard to see them.

They were there in great numbers 4 days ago, seem to have spawned and cleared off. Perhaps the water was a bit on the cold side for them as the weather has turned.

Its pleasing that the work we did on the marsh is proving so worthwhile.

They have also spawned in the small scrape we created nearer Pytchley Bridge despite it being weed covered.

There is less activity south of Pytchley Bridge this year and they may have already finished there.

Other small patches can be found below Ashlawn bridge, and one or two other places. 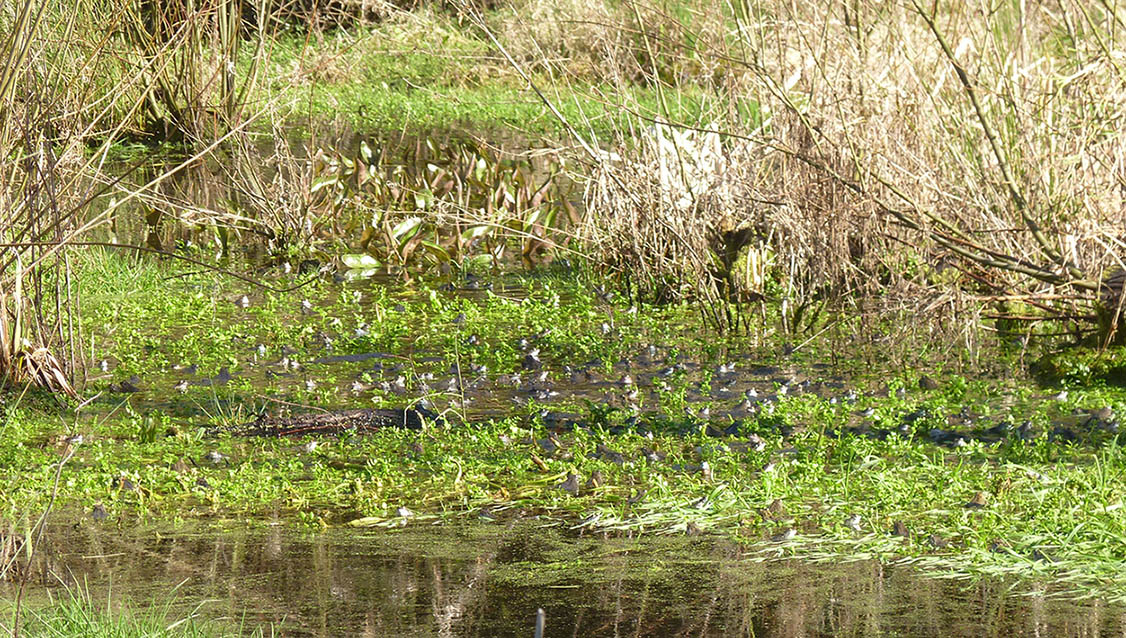 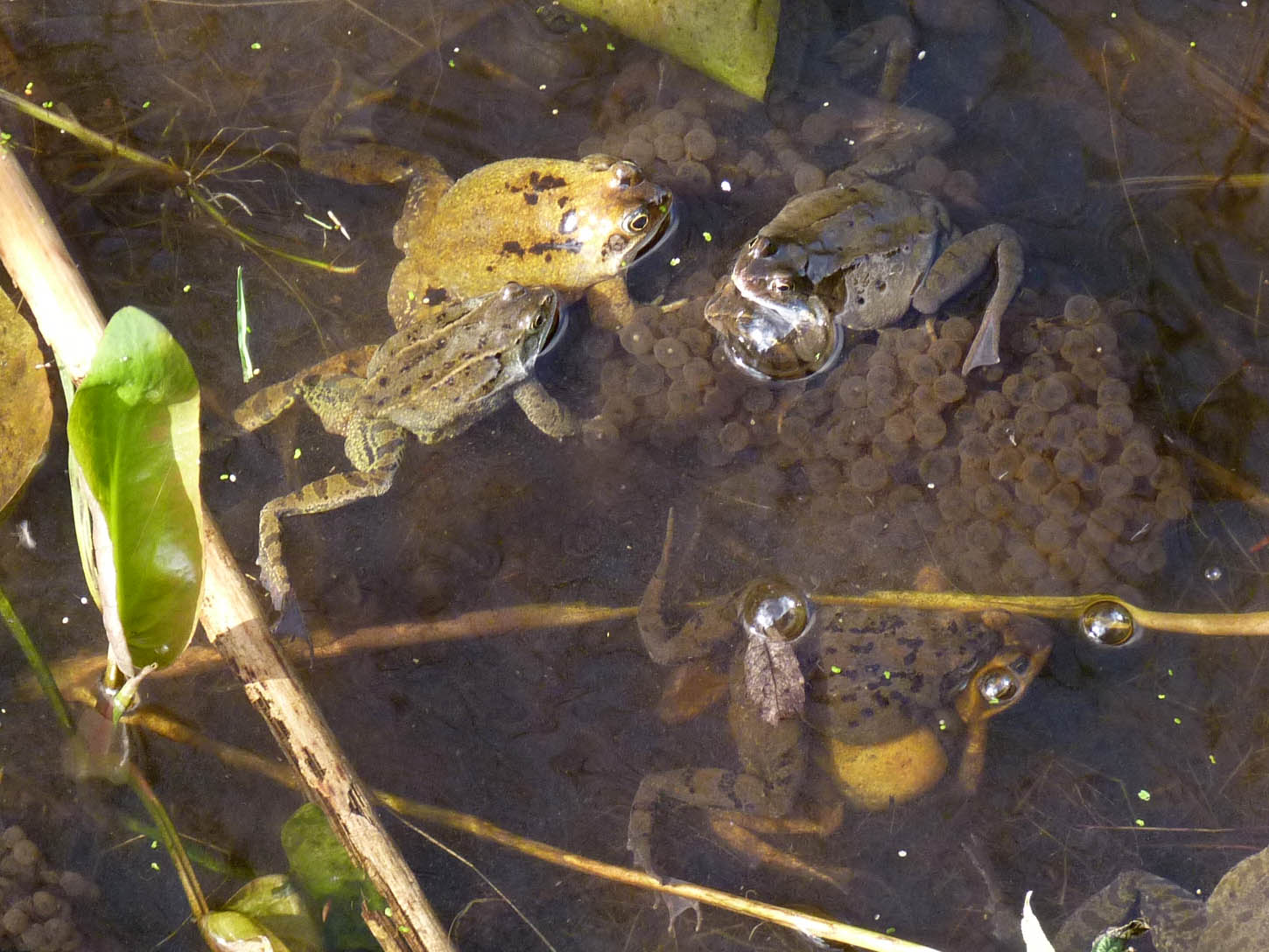 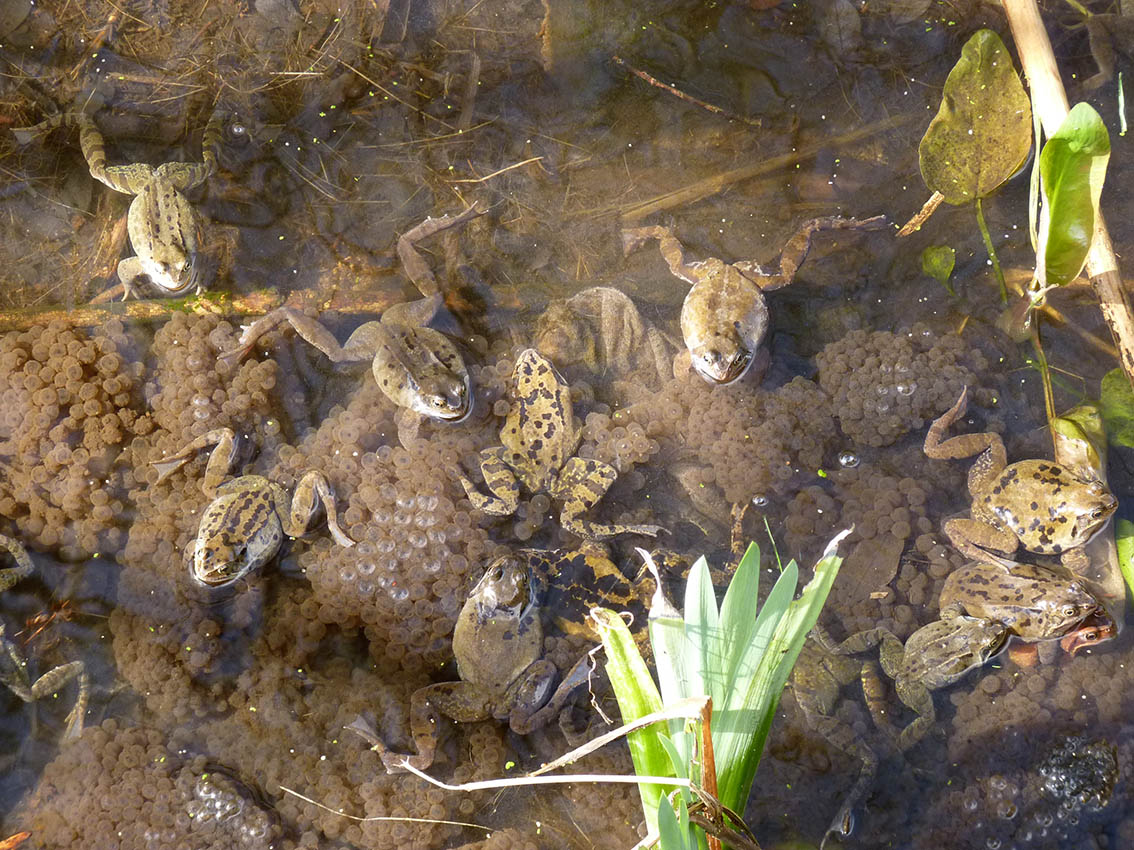 Station Pools
Hard at it 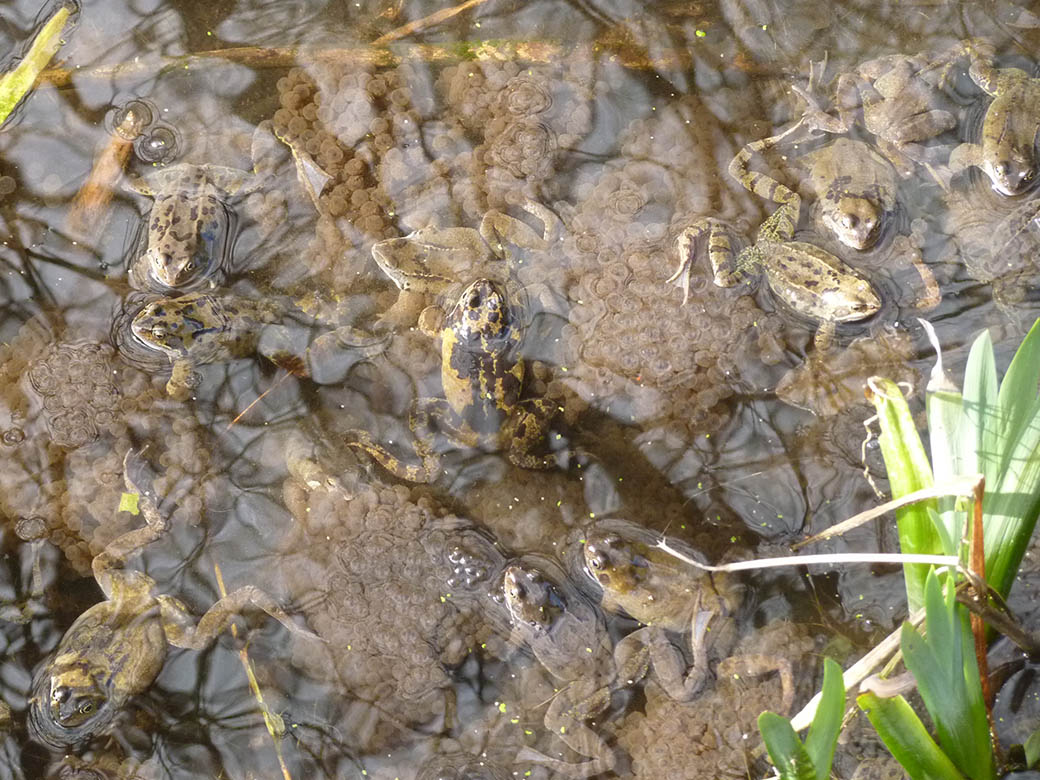