A late afternoon visit to look at the length of the cutting between the Pytchley Bridge & Hillmorton Road was just in time to see  some of the butterflies flying and some settling down in the warmer spots still in the fading sun but out of the breeze.

I was pleased to see my first male Orange-tip of the year flying (a male) as well as 14 Peacock, 9 Comma, 2 Brimstone and a Small White in half an hour.

The next butterfly to look out for is the Holly Blue  and it may found be near Holly bushes looking for buds to lay its eggs on or prospecting along hedgerows. Note that is seems white as it flies as the underwing is a silvery white, but the lovey blue shimmers as it settles.

This species may be also found in gardens.

There were also a few Beefly’s on the wing searching for solitary bees nests in the clay banks in which to lay their eggs.

The Bee-fly looks rather like a bumblebee, with a long, straight proboscis that it uses to feed on nectar from spring flowers such as primroses and violets.

It is on the wing in the early spring, when it can often be seen in sunny patches

Nearly all the frogs have all gone away now to their homes in nearby gardens and it is difficult to see the spawn as much of it sinks or is now under pond weeds.

Marsh Marigold is well into flower in some of the pools and more and more Violets are appearing in the grasslands. 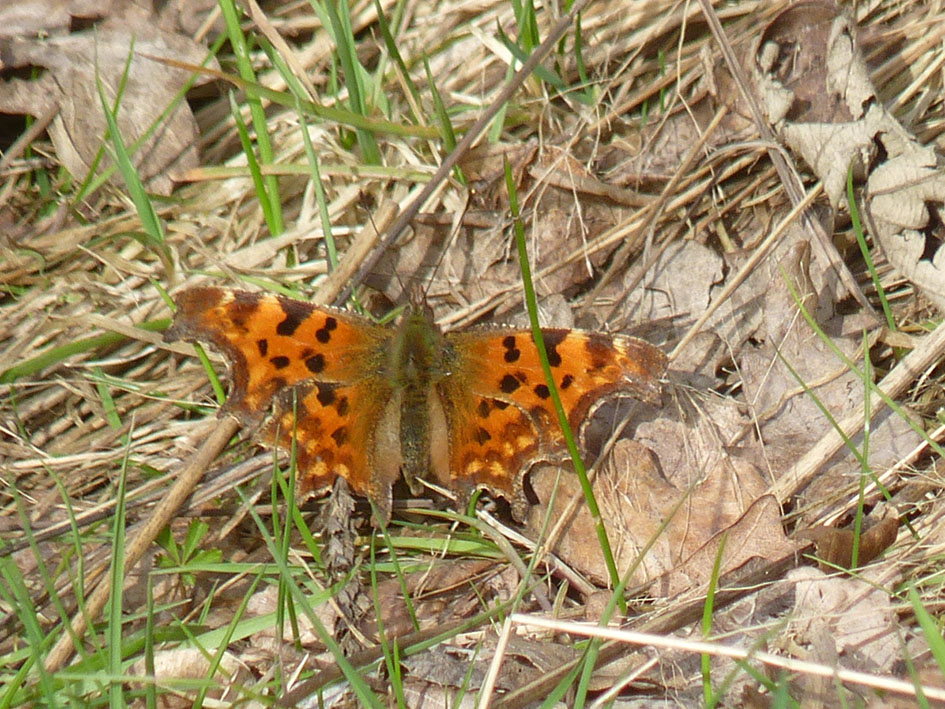 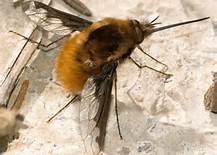 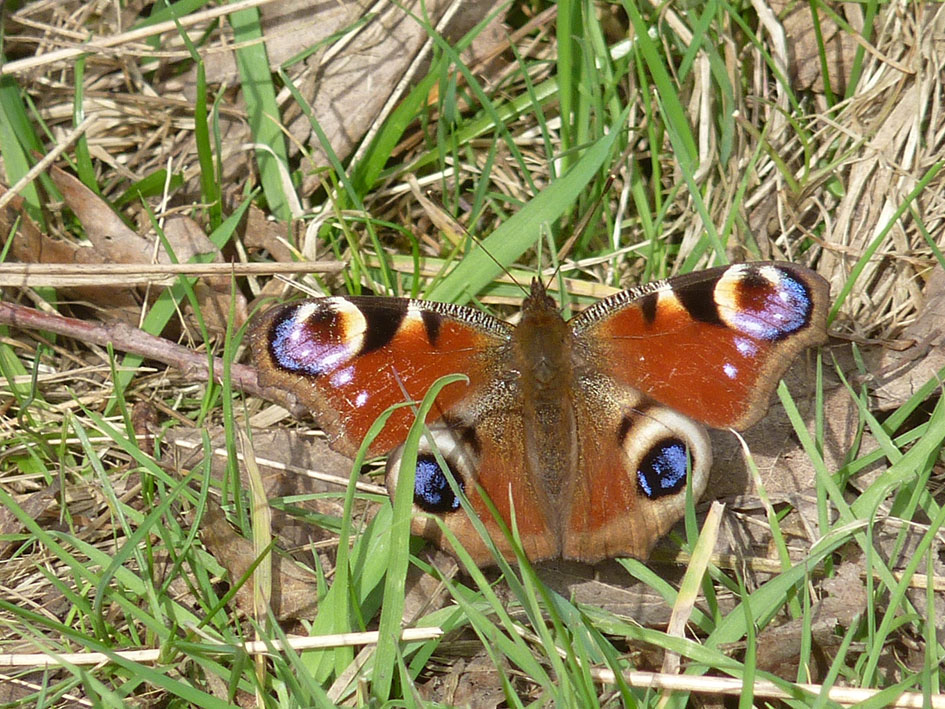 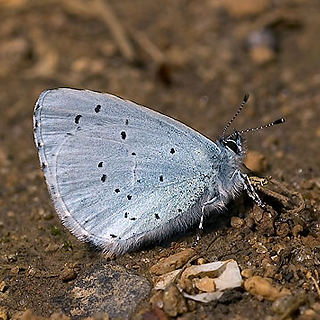 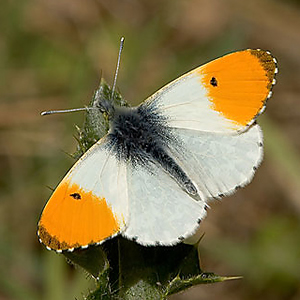