We are in May already, blossom is lovely this year, helped by some sunny days and cool nights.

Butterflies first appeared in big numbers on 6th April and this first really gloriously sunny warm day brought the hibernating species out in big numbers. 25 Brimstone, 21 Peacock, 15 Small Tortoiseshell and 5 Comma were seen on the reserve, but there wasn’t a great deal of nectar sources ready for them, just a little Pussy Willow and Coltsfoot on which hovering Bee-fly’s also nectared. The next really good day was on the 21st with Orange-tip (13), Speckled Wood’s (10), Green-veined Whites, Large and Small Whites and the first Holly Blues appearing.

Next to look out for are Common Blue and Small Copper in the grasslands.

On 14th April a group of volunteers from Butterfly Conservation – Warwickshire lead by Mike Slater planted 1000 plugs of larval food for the uncommon Grizzled and Dingy Skippers on the grasslands south of Ashlawn Bridge in an effort to encourage these species back to the reserve. Small colonies still occur locally on CEMEX land at Parkfield Road, and at Draycote Water. Many thanks to Mike and his willing team.

From the Middle of the April the Blackthorn blossom was glorious, many Violets were in the grassland, Marsh Marigold in the pools, and now at the beginning of May huge number of Dandelion are flowering locally.

Richard Wright conducted a survey of the reserves many pools, but his initial report was that the water quality was poor as sewage continues to seep from the Onley sewer in a number of places and we have a huge problem with alien species from people releasing stuff from their fish tanks and ponds. The water fern Azolla floats on the surface and blankets light affecting everything below. Most pools were covered so thickly it was not practice to use a net.

The mats that form on the water’s surface can be 30cm thick and during hot weather, can double in size in just 4 or 5 days. The lack of light kills our rich and diverse aquatic flora, and reduces oxygen availability, which can lead to the death of fish and invertebrates.

Considering it was a record year for frog spawn (over 1100 clumps counted compared with 600 or so last year) but only two tadpoles were found. Hopefully we will find more on a warmer day.

The number of work parties are reduced now as the birds are nesting, so it is the time for more surveys and photography. 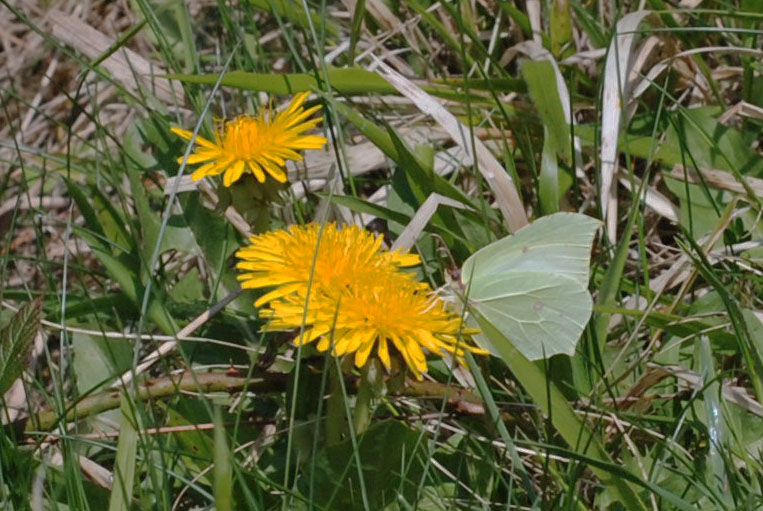 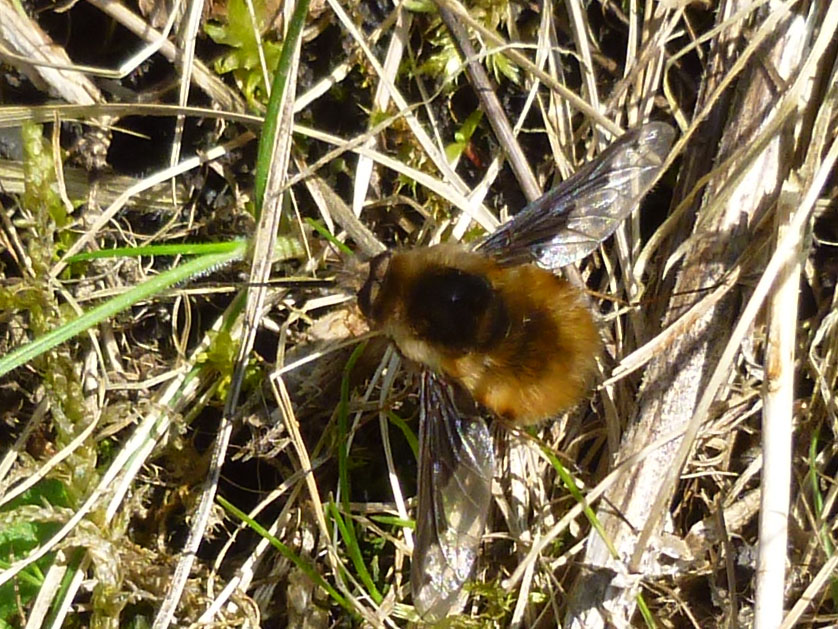 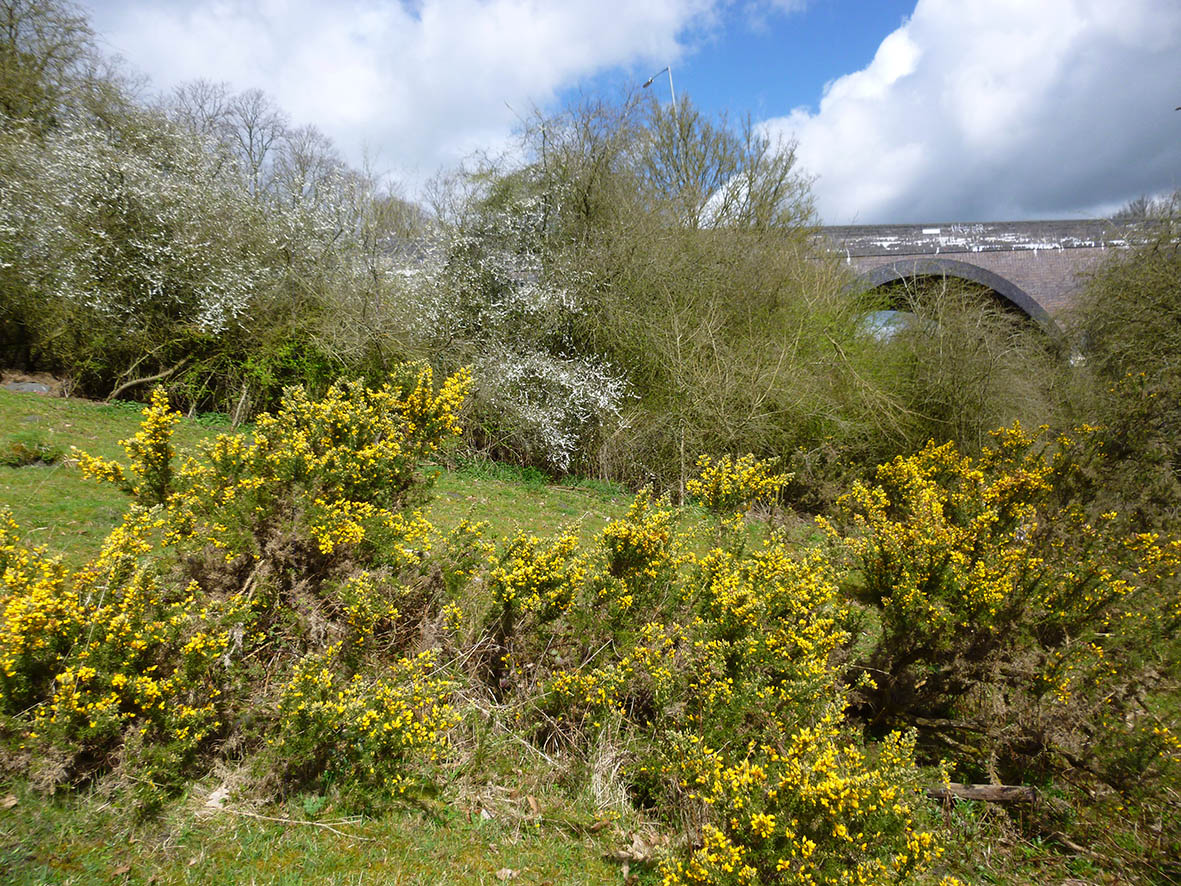 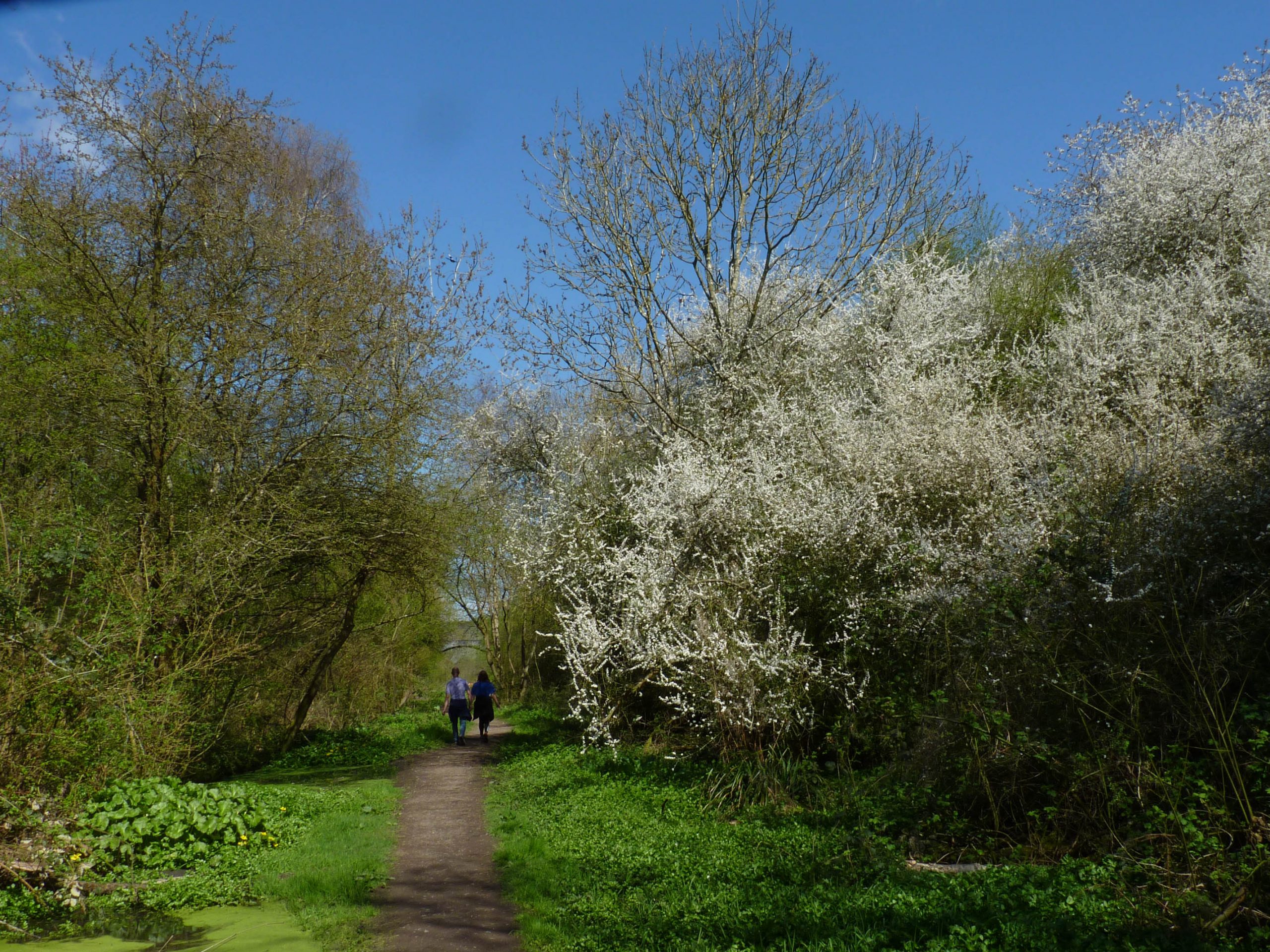 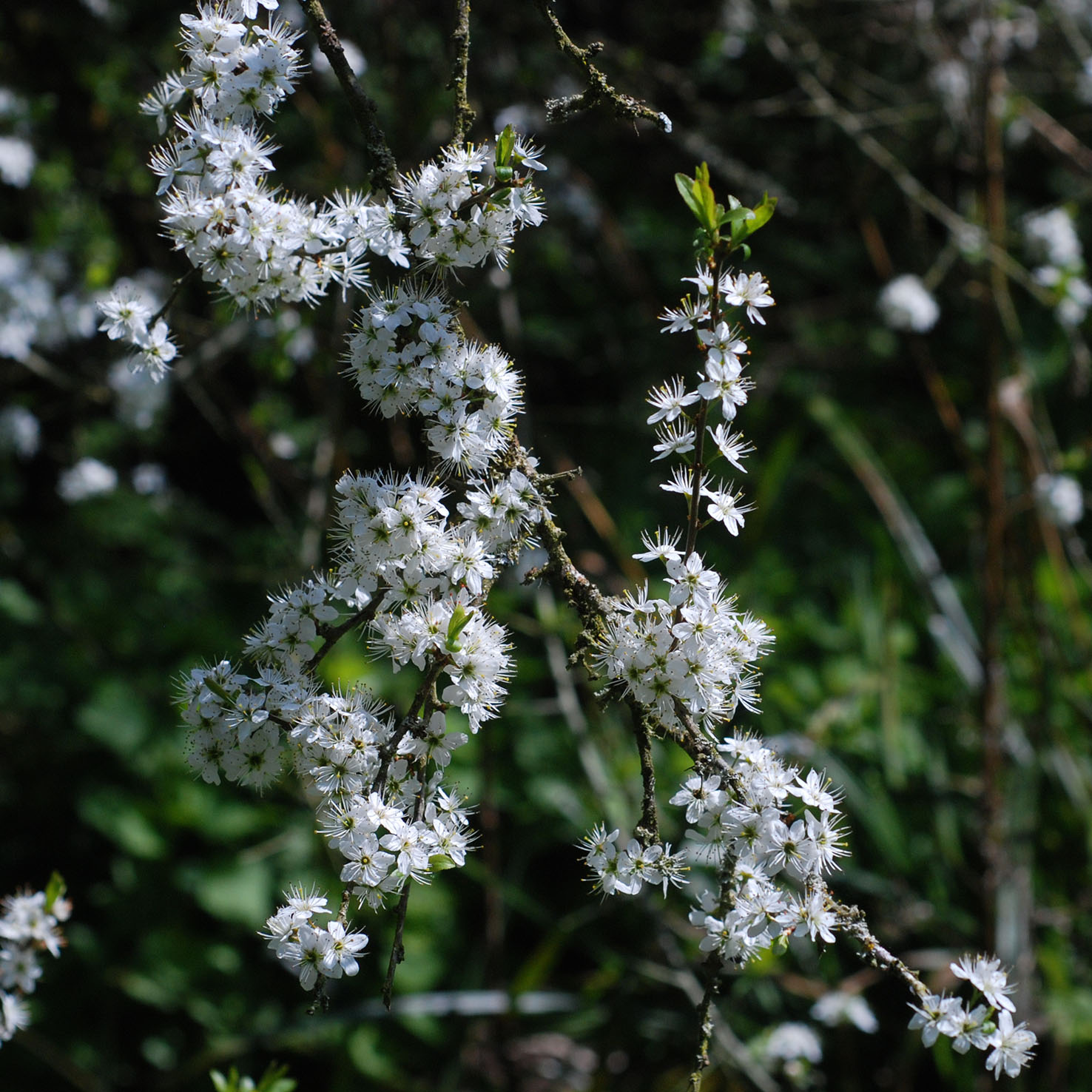 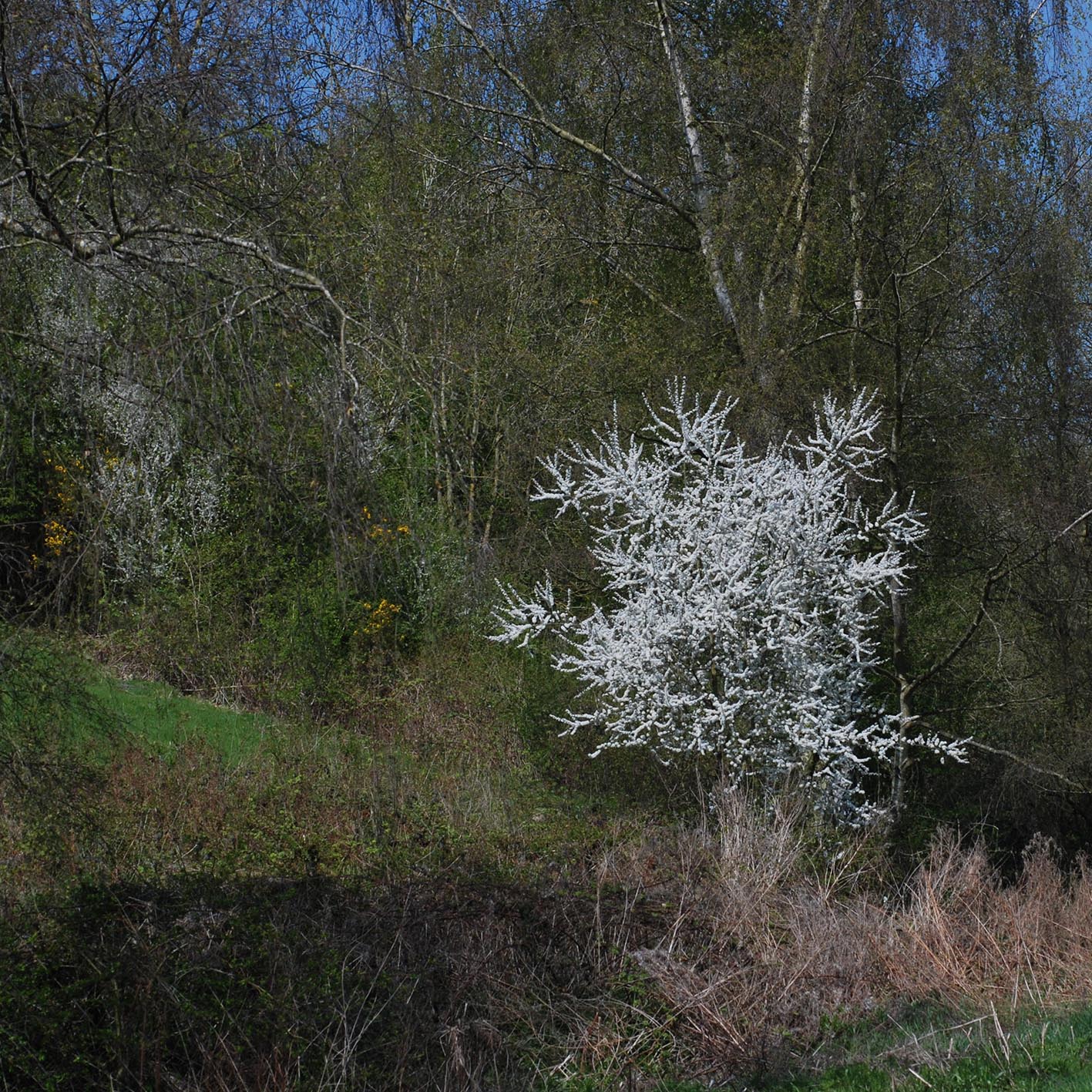 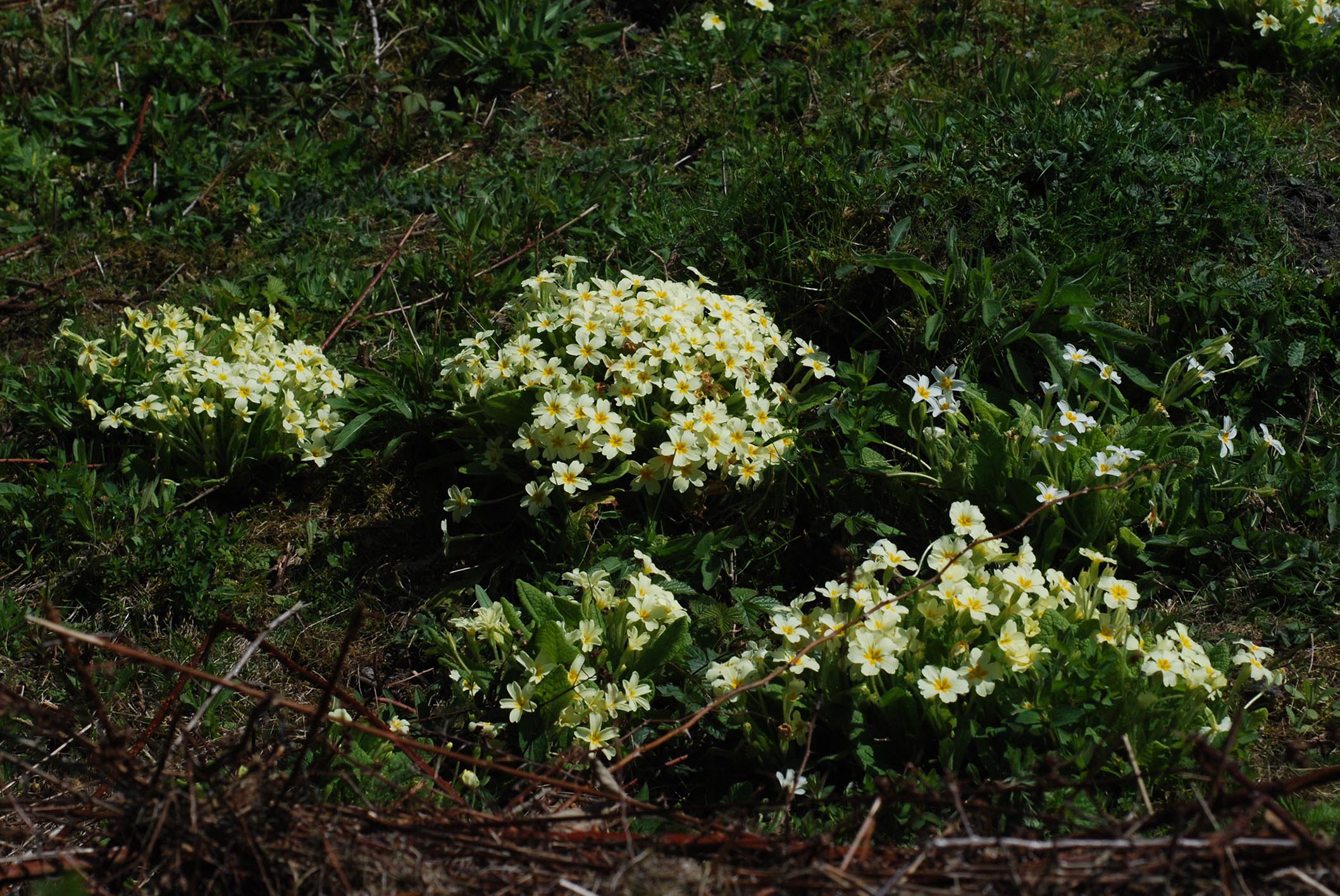 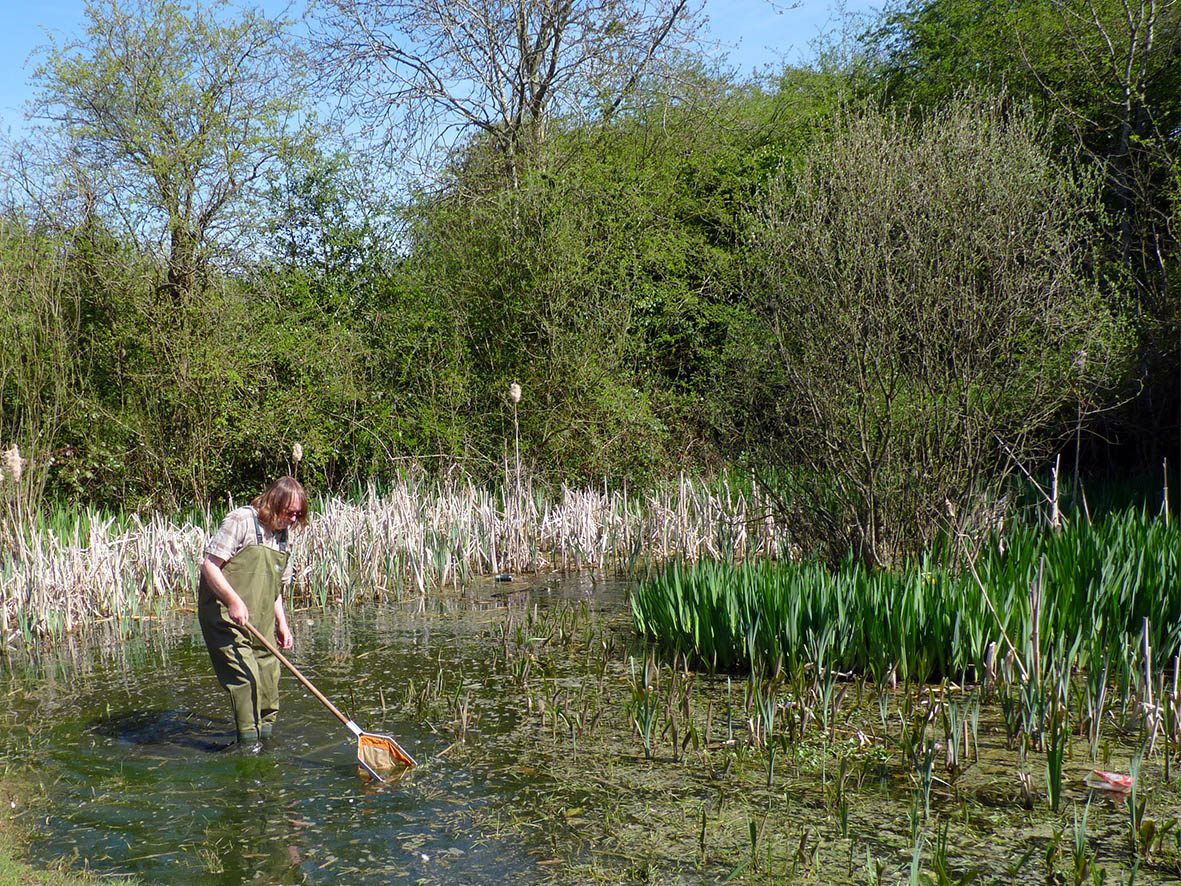 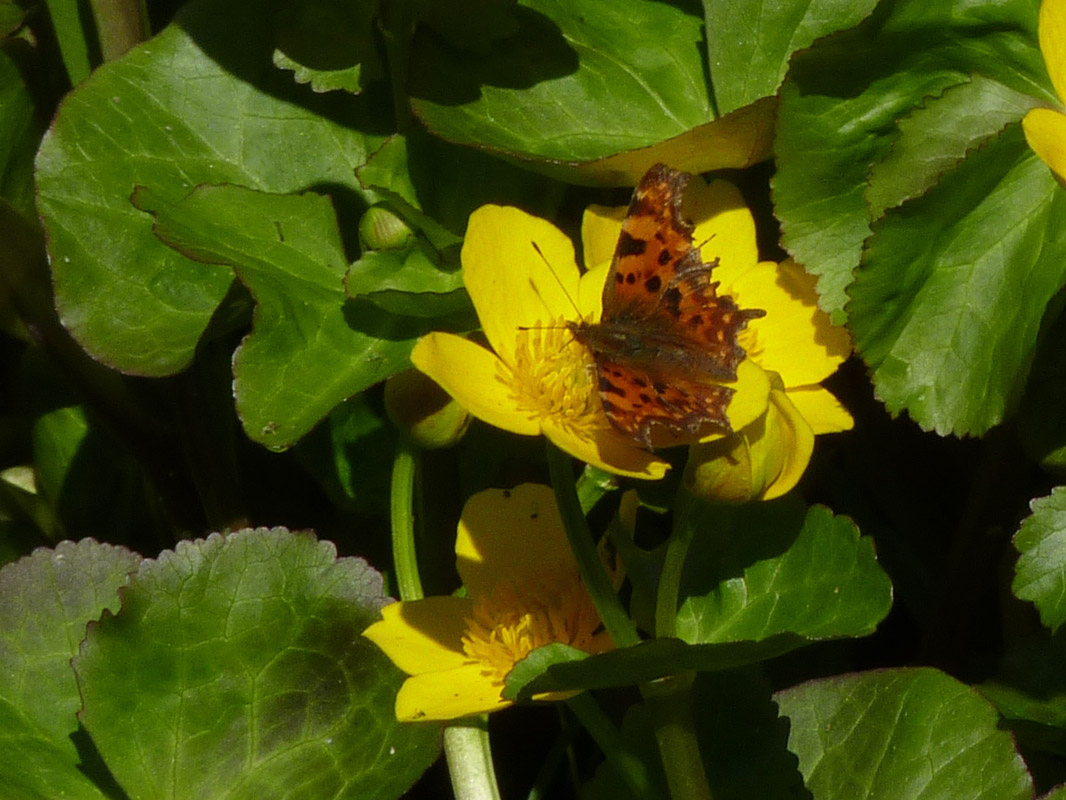